From competing all over the world to formerly instructing SWAT teams and serving as a personal bodyguard for celebrities like Britney Spears, Fernando Yamasaki is a versatile martial artist with black belts in Brazilian Jiu-Jitsu (IBJJF), Judo (CBJ) and Ju-Jutsu (JJIF).

Fernando was born in Sao Paulo, Brazil, where he virtually grew up on the mat as he followed the footsteps of his father, Grand Master Yamasaki.

Since starting his son’s training on the mat at age three, Grand Master Yamasaki has collected some funny stories about Fernando’s passion for martial arts.

“One day, I was teaching a class, and suddenly, Fernando showed up to train,” said Grand Master Yamasaki. “I asked Fernando how he got at the gym because it was very far away from our house. Fernando told to his father that he was hid in the car’s back seat, just to get some training!”

Just one year later Fernando began to compete in small tournaments within a division called “Little Firecrackers”, which was the start of his victorious career. By 1979, Fernando won his first state championship in Judo, and in 1983, he was approved to a black belt.

In 1985, Fernando joined the Sao Paulo State Wrestling Team and won his first national title, after which he was invited to join the Brazilian National Wrestling Team to compete in Freestyle and Greco-Roman wrestling. From then until retiring from the team in 1997, Fernando won every national title as a junior and adult.

Because of his success at the national level in Brazil, Fernando qualified to compete in three Olympic Games.

In 1985, Marcelo Behring came to Sao Paulo and met Fernando’s brother, Mario Yamasaki. The two trained together, and Mario quickly became amazed by Marcelo’s Jiu-Jitsu skills; he insisted for Fernando to start training with Marcelo to improve his ground skills. Fernando was then taken by his friend Cassio Marcelo, a student of Master Otavio de Almeida Sr., to try Jiu-Jitsu.

In 1986, Master Roberto Lage invited Fernando to participate in his first Jiu-Jitsu tournament, where he met Marcelo Behring. Fernando had a chance to spar with Marcelo, and he was equally amazed at the whole new level of Marcelo’s technique. The next day, Fernando began his training under Marcelo.

In those days, Jiu-Jitsu only offered very small tournaments and one official State Tournament. Regardless of the size of the event, Fernando went on to win many tournaments in Jiu-Jitsu.

When Fernando received his black belt in 1989, he moved to the US, where — at that time — no one knew BJJ; so he went to train Judo at Georgetown University with Master Takemori and Sensei Ted Nalls. Continuing his dominance in Brazil, Fernando won every tournament he participated in the US, including many local tournaments and the Tri-State Championships.

After living in the US for nine months, the Brazilian head coach invited Fernando to participate in the Pan American Wrestling Championship and the World Championship in Japan. To prepare, he decided to move back to Brazil, where he went back to his intensive training of Judo, wrestling and BJJ.

Fernando’s time back in Brazil wasn’t easy. On his first week back in Marcelo Behring’s school, Marcelo took away Fernando’s black belt! Had he demoted another student like this, that person would have left the school in humiliation. But from this, Fernando gained more motivation and less responsibility.

“That created a stronger bond between me and Marcelo,” said Fernando. “[It] made me pursue my goals harder. I proved my loyalty and friendship, and I was not there for the black belt. I was there to learn Jiu-Jitsu!”

In 1991, Fernando acquired his “second” black belt from Marcelo. He is one of the first to come from a traditional Judo background, as well as one of the first Brazilian Judokas to cross over into Jiu-Jitsu. Fernando had become Marcelo’s assistant, and in 1990, he started to teach Jiu-Jitsu at his family dojo in Sao Paulo.

By the early 1990s, years had gone by without any Vale Tudo events outside of underground fights. In 1991, a promoter named Carlinhos Docellar decided to promote an event between the worst enemies in Martial Arts of the time: Jiu-Jistu v. Lita Livre. Big names, such as Wallid Ismail, Murilo Bustamante and Marcelo Behring were named on the Jiu-Jitsu side (Marcelo as No. 1). And the Luta Livre side consisted of names such as Eugenio Tadeu, Marcelo Mendes and Hugo Duarte. Marcelo moved temporarily to Rio and left the school in Fernando’s guidance while he was away.

In 1992, Fernando received an invitation to participate in a JJIF (International Jiu-Jitsu Federation) seminar in Buenos Aires, Argentina. At the seminar, Fernando was introduced to a “different” type of Jiu-Jitsu for the first time! It was a Jiu-Jitsu that starts with strikes (based on karate) throws, take downs and a ground fight that was mixed between Judo and Brazilian Jiu-Jitsu. Fernando saw the opportunity of this new fighting style and decided it was time to bring the sport to Brazil.

In 1993, Fernando took the Brazilian team to compete in the First World Cup in Copenhagen, Denmark, at which he took 2nd Place.

Working as both an athlete and organizer, Fernando was elected president of the South American Jiu-Jitsu Union and as the IIJF Technical Director for four years.

In 1994, a great tragedy struck the Jiu-Jitsu community when Master Marcelo Behring was killed in Rio de Janeiro. Within the same year, Fernando received a letter from CBJJ that was signed by Master Nahum Rabay and Carlos Gracie Junior. In the letter, he was called the “traitor of Brazilian Jiu-Jitsu.”

Fernando received lighter news in 1994 when his Dutch friend, Remco Pardoel, called to inform Fernando that he was going to fight Royce Gracie in UFC!

Months later, Remco came to Sao Paulo for a visit, during which the two got invited to do an interview in Sao Paulo at the same time as when they scheduled an interview with Gracie!

“When Gracie saw the guy who fought his cousin, he charged right away!” said Fernando. “We almost had a UFC on the street!”

In 1995, Master Carlos Gracie Junior invited Fernando to be a part of the First Pan American Championship. Master Joe Moreira hosted the tournament that year.

In 1996, CBLLA named Fernando the “outstanding wrestler” in Brazil.

After the Olympic Qualifying in Cali, Colombia, Fernando decided it was time to retired from the National Wrestling Team.

Fernando had the honor to compete at the Pierre de Coubertain Stadium that same year. He has great memories from that day of the whole crowd giving him a standing ovation after his fight. He ended the competition in 3rd place. “It was a great feeling!” said Fernando.

In 1999, the Brazilian Federal Police hired Fernando to be an instructor.

Today, Professor Fernando Yamasaki is the head instructor for the Yamasaki Academy in Rockville, MD. 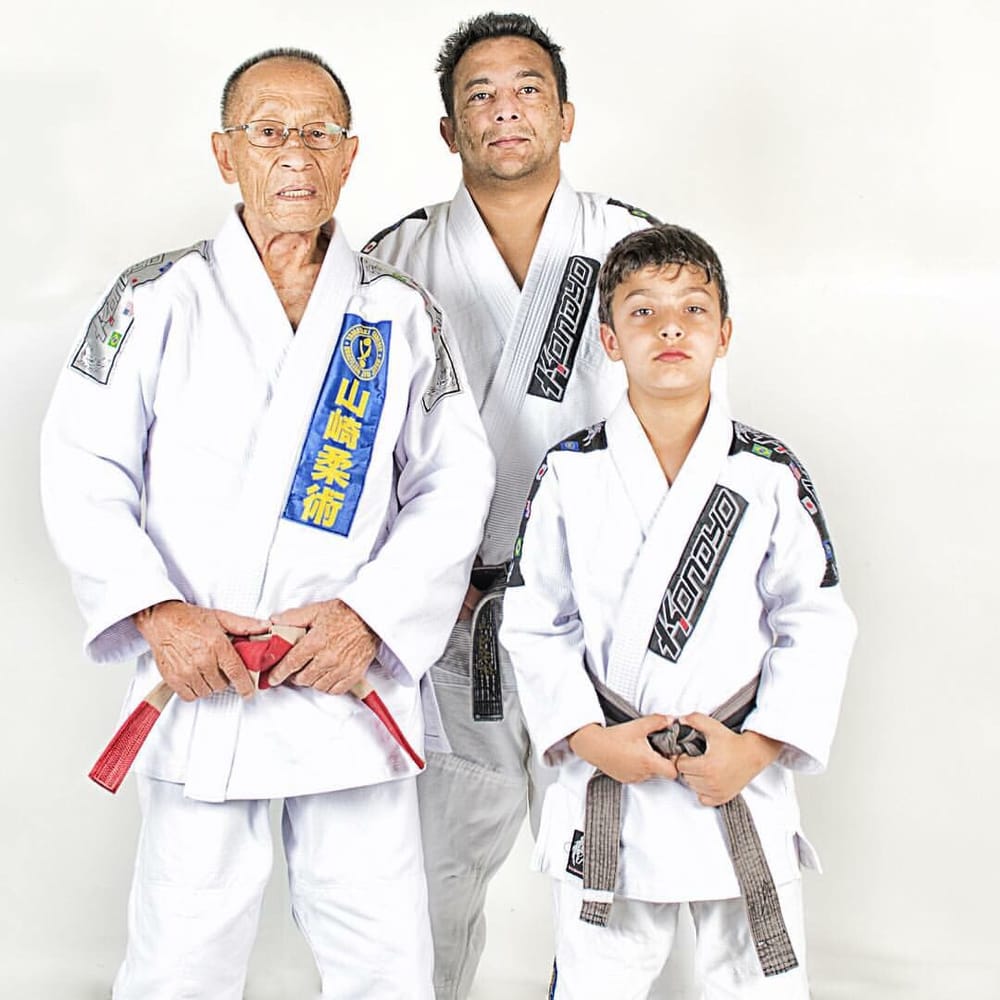